The Hard Rock Cafe celebrated the 46th anniversary of Woodstock in true funkadelic style at Peace of Woodstock, an event filled with peace, love, and a whole lot of rock ‘n roll. 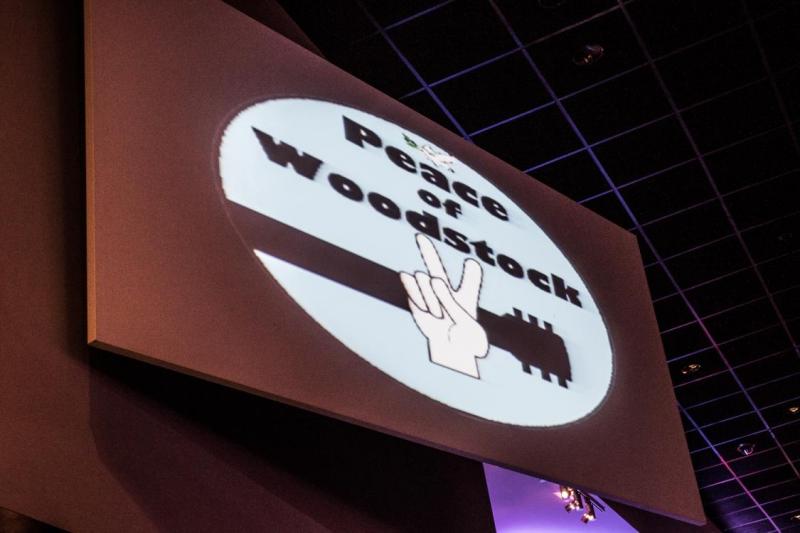 Originally billed as “An Aquarian Exposition: 3 Days of Peace & Music,” Woodstock was a 3 day music festival that changed the music world forever.  Synonmous with music and entertainment and adorned with images and memorabilia reflecting the revolution that changed the face of music, the Hard Rock Cafe was the perfect place to celebrate the anniversary of this iconic event. 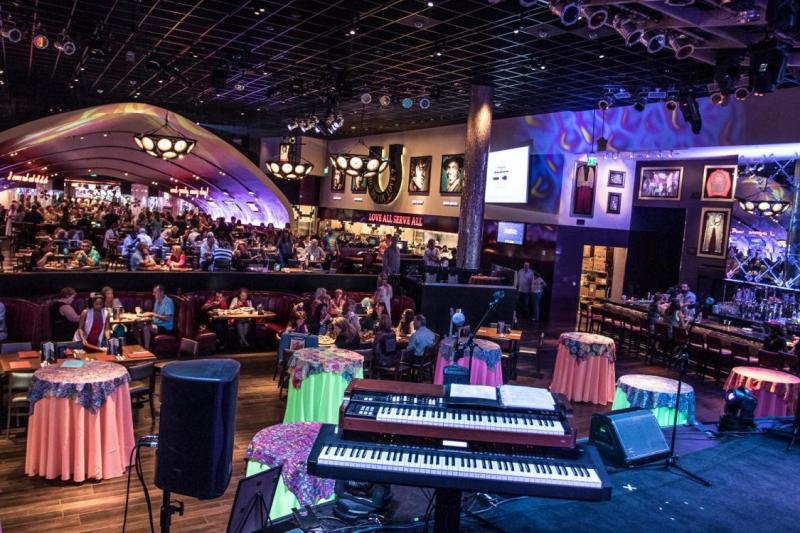 All roads led to the celebration inside the Hard Rock Cafe: 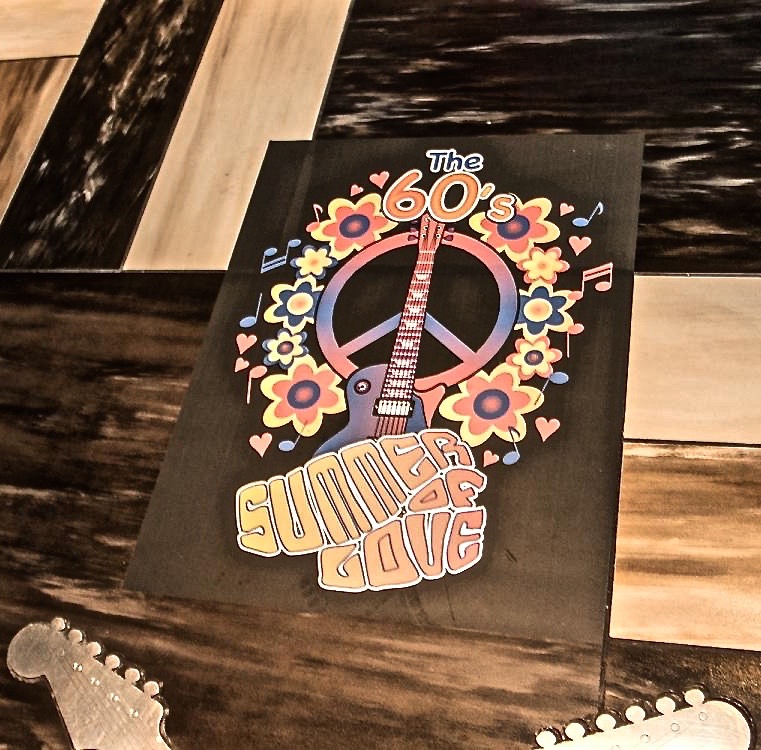 The Hard Rock Cafe was looking groovy for the Summer of Love celebration: 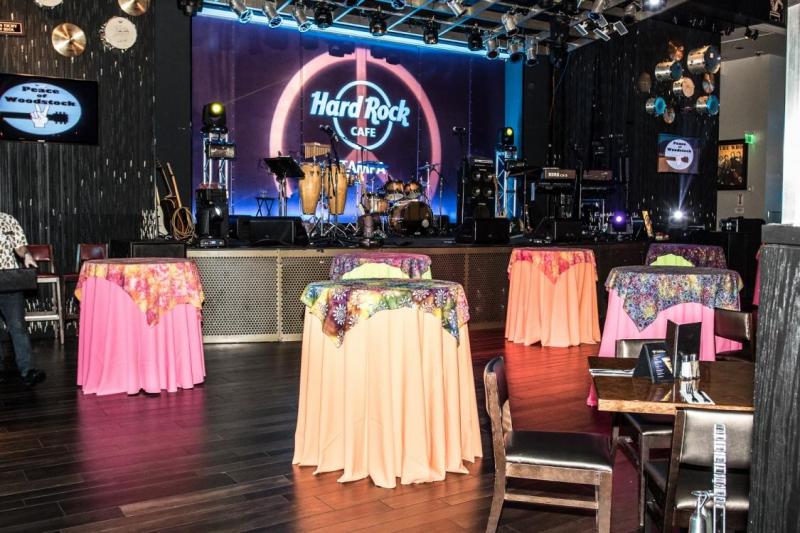 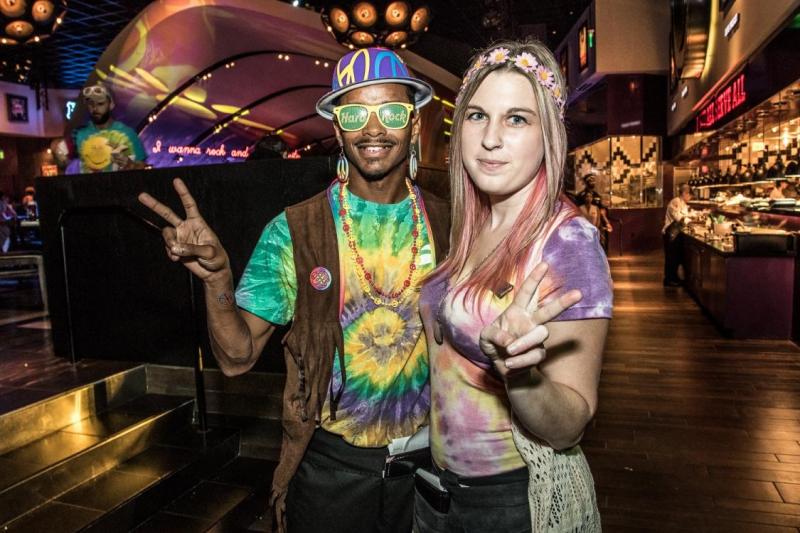 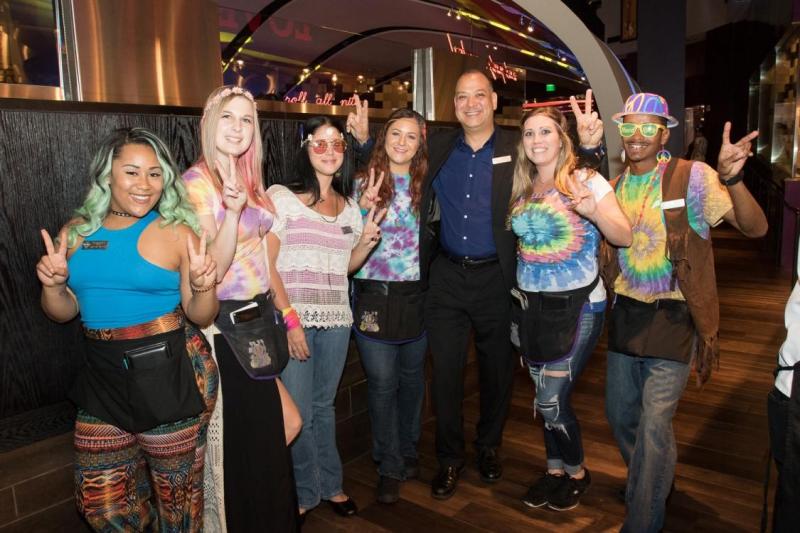 Woodstock music and videos were displayed throughout the evening while guests enjoyed special Woodstock-themed food and beverages. Groovy!

The highlight of the evening was movin’ and groovin’ to the sounds of the 60’s & 70’s by Woodstock tribute band, Peace of Woodstock.  Unlike other tribute bands, Peace of Woodstock recreates the Woodstock experience by playing an entire Woodstock show.  Artists include Richie Havens, Crosby, Stills, and Nash, The Who, Janis Joplin, Sly and the Family Stone, Joe Cocker, Arlo Guthrie, Country Joe McDonald, Santana, the Jefferson Airplane, and more. 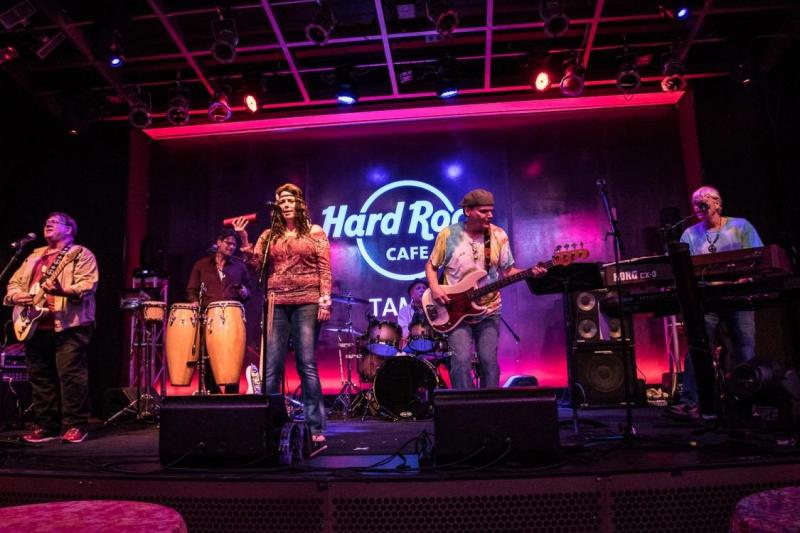 The core band, composed of William Daniel on lead guitar and vocals, Scott Dempster on bass, Brad Trumbull on keyboards and vocals, Jeff Browder on percussion and vocals, and Gary Pfeiffer on drums, have been playing together since their days at Clearwater High. They decided to get the band back together three years ago and added Jen Torres on guitar, keyboards and vocals shortly thereafter. 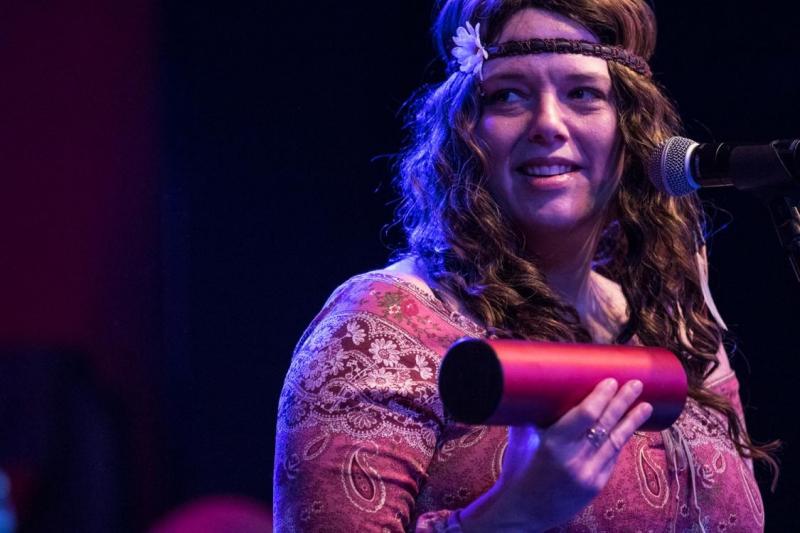 The band has always loved the music of Woodstock, especially Santana, but they wanted to be something a bit different than an ordinary tribute band. According to Brad Trumbell, Peace of Woodstock was inspired to perform a complete Woodstock show because “everyone is doing tribute bands but no one is doing a show”.  Trumbell said “let’s do it” and they did. 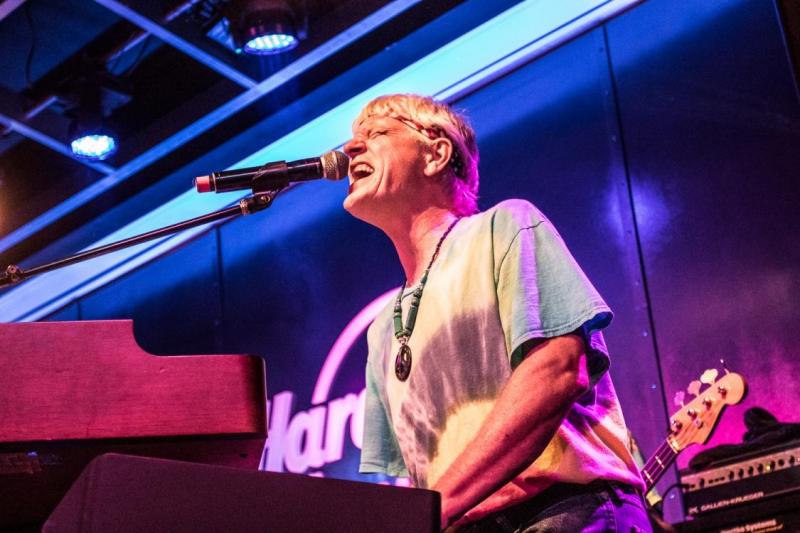 And do it well they do! It was the Summer of Love all over again as Peace of Woodstock took us back to that magical time with songs including “Woodstock” and “Suite Judy Blue Eyes” by Crosby, Stills, and Nash, “Somebody To Love” by Jefferson Airplane, “Pinball Wizard” by The Who and “Piece of My Heart” by Janis Joplin. 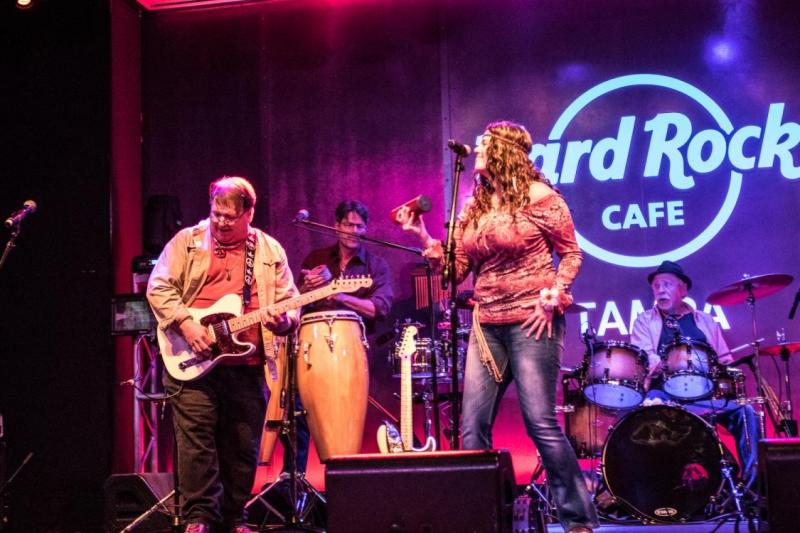 Unfortunately, the summer couldn’t last forever and it was time to Peace Out and return to 2015. Many thanks to the Seminole Hard Rock Hotel & Casino Tampa and Peace of Woodstock for a nostalgic trip to Woodstock and an evening filled with peace, love, and a whole lot of Woodstockin rock ‘n’ roll!