It may have been Labor Day Weekend in the rest of the United States but it was officially Rowdies weekend in Downtown St. Petersburg as the Tampa Bay Rowdies celebrated their 40th anniversary with a win over the New York Cosmos. The Tampa Bay Rowdies franchise, originally established in 1975, is the oldest professional sports team in Tampa Bay, and the Seminole Hard Rock Hotel & Casino Tampa was there to “rock out” for the Rowdies and celebrate this momentous occasion.

The casino kicked off the anniversary celebration with a Friday night Happy Hour at the Rowdies Den in Downtown St. Pete.  Attended by Tampa Bay Rowdies Owner Bill Edwards, management, staff, family, fans, and of course, the lovely Hard Rock girls.  Everyone had a great time celebrating the 40th Birthday of our beloved Rowdies! 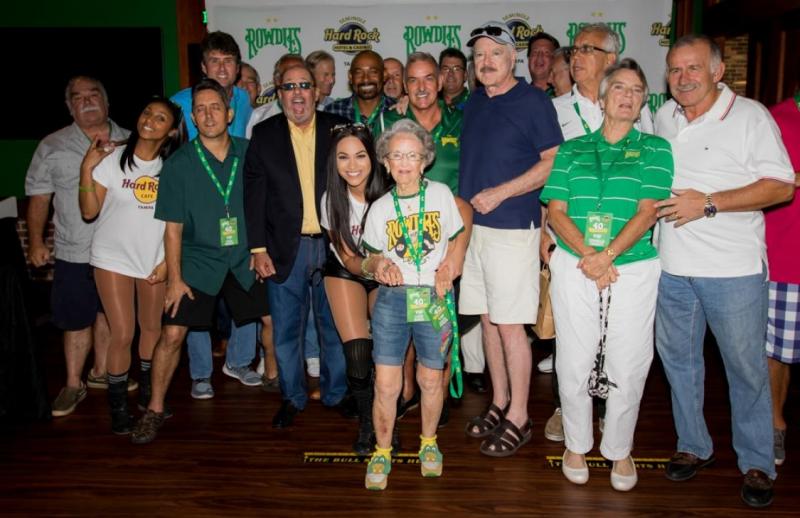 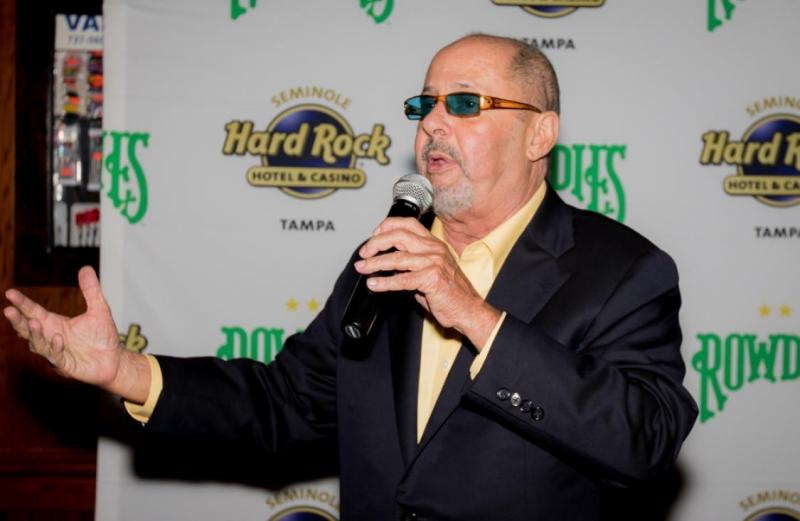 86 year old Lizzie Burda, an original member of the 1975 Rowdies Fan Club, was an honorary guest: 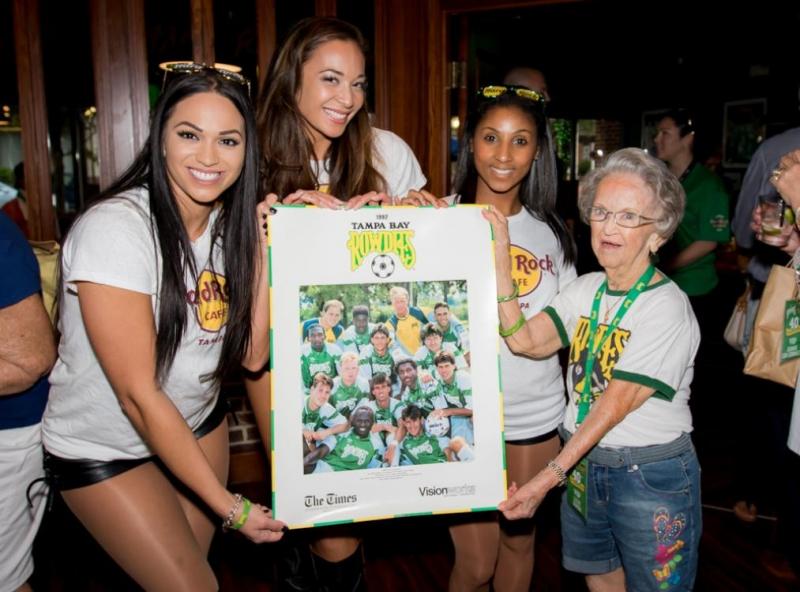 The celebration continued Saturday with a “Mardi Gras Style” VIP Tailgate Party at Al Lang Stadium.  The casino wowed the crowd with their super cool float: 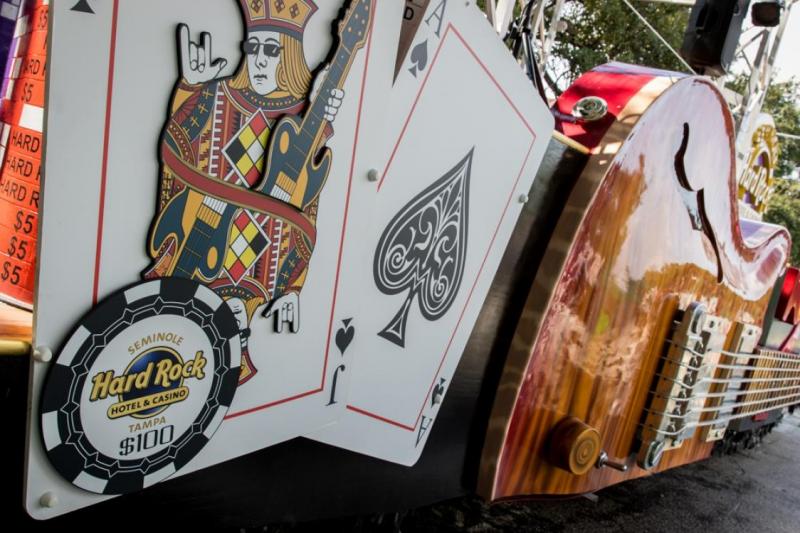 Throw me some Rowdies gear Mister! 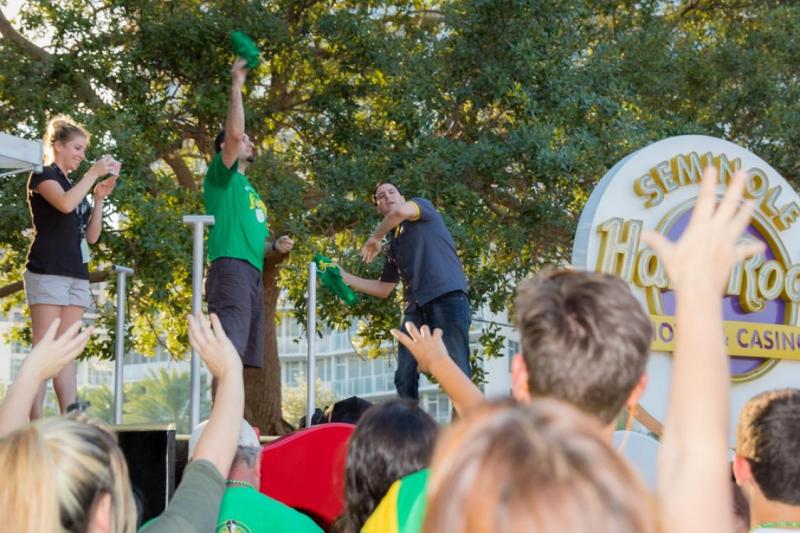 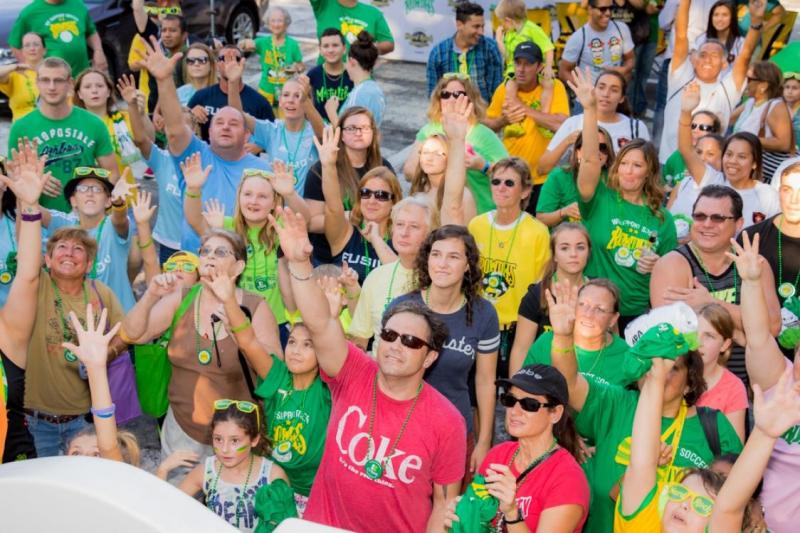 What’s a party without music? Especially if it’s music by Travis Williams, a singer/songwriter/guitarist who was discovered during the casino’s Tampa Bay Acoustic Music Festival this past June.  Williams kicked the party into high gear with songs including “Wonderwall” by Oasis, and “Long Day” by Matchbox 20. 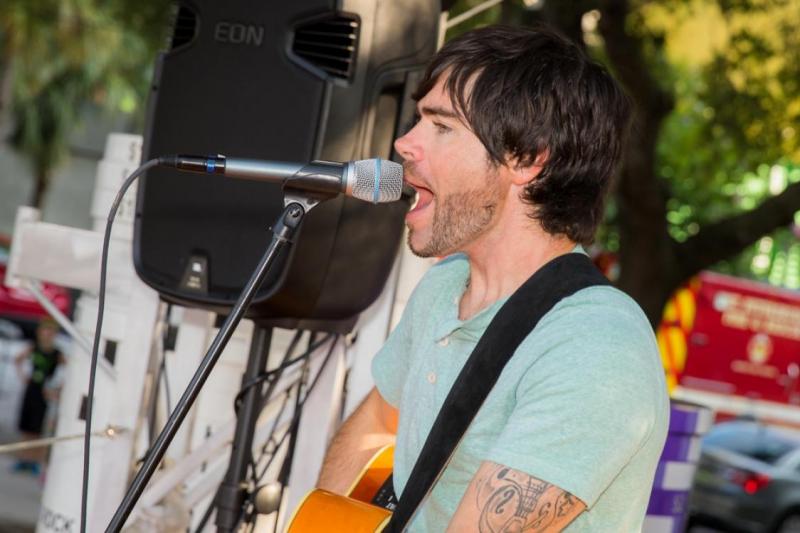 There was a flashmob for Rowdies swag: 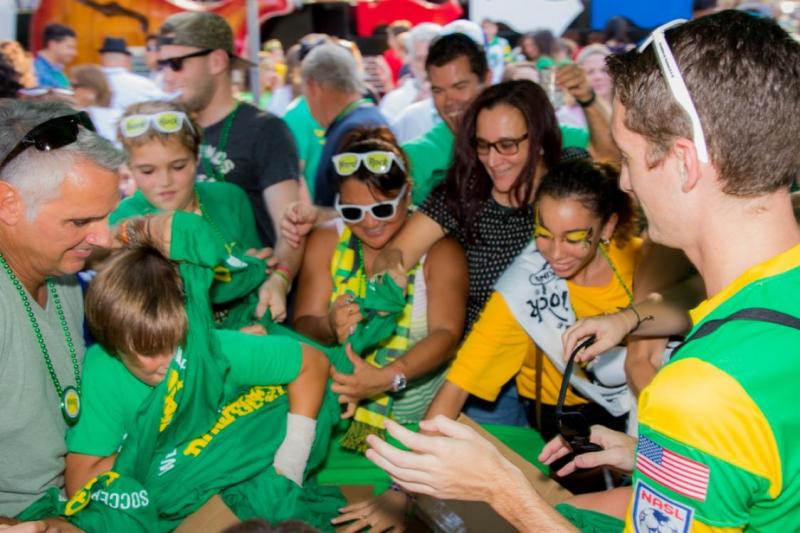 And a whole lotta fun: 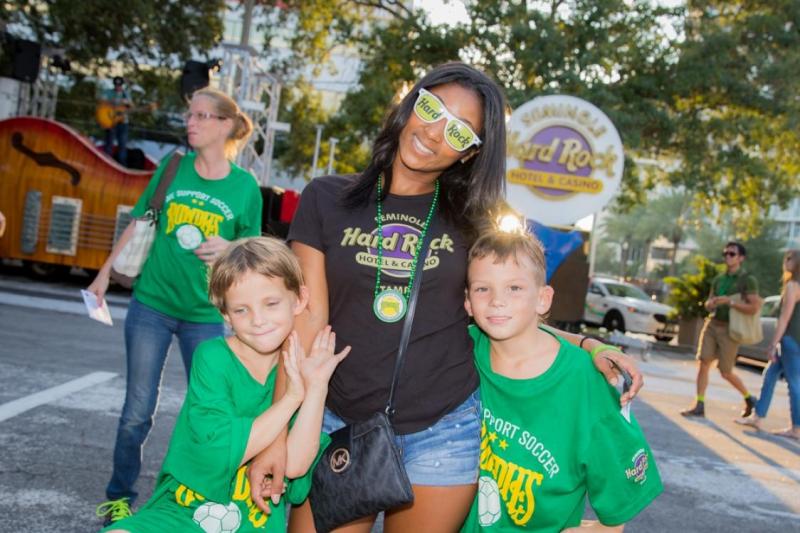 Until Ralph’s Mob signaled it was officially Game Time! 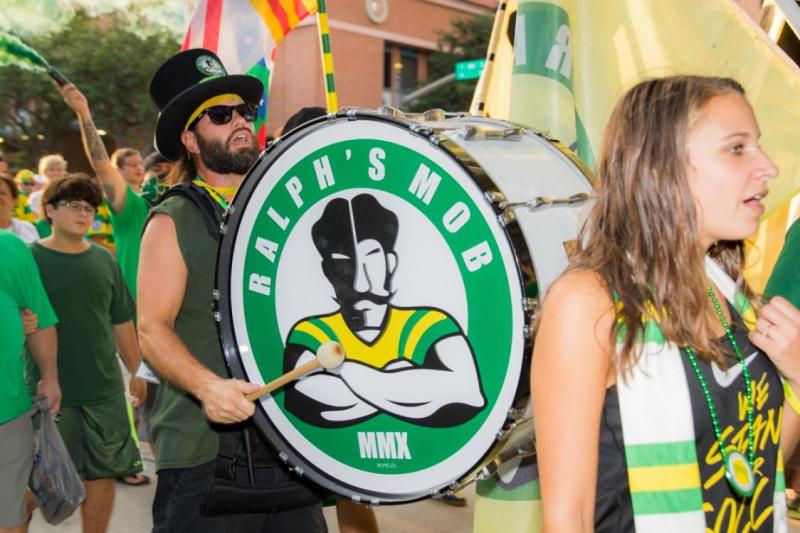 The Tampa Bay Rowdies took the field, ready for a 40th Anniversary victory against the 1st place New York Cosmos: 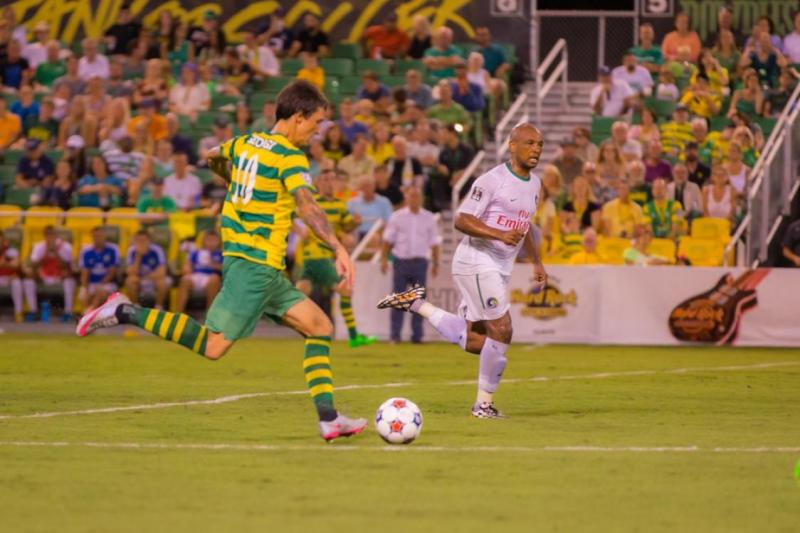 Fans were cheering extra loud for the Rowdies at this special game: 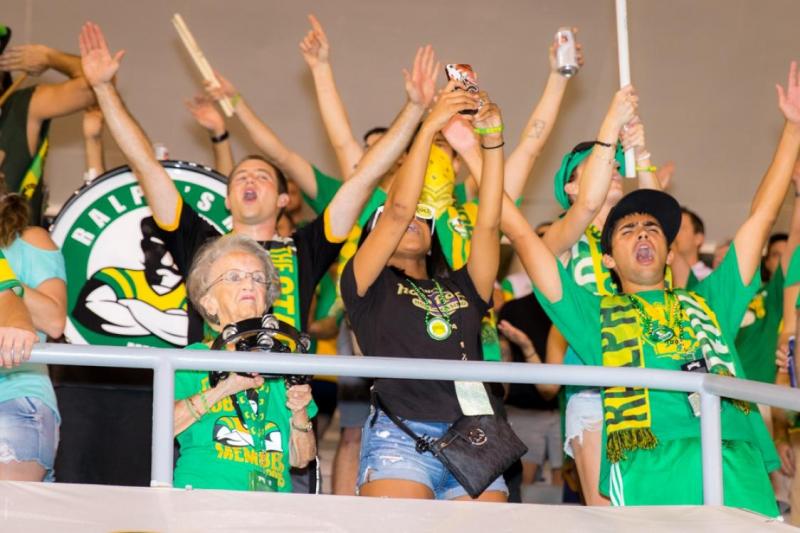 Extreme Rowdies kicking action and a goal by Corey Hertzog gave the fans plenty to celebrate as the Rowdies were up at the half 1-0.  At halftime, fans enjoyed a special presentation honoring players, coaches, owners, super-fans and all who have contributed to the success of the Rowdies organization from 1975 to 2015! 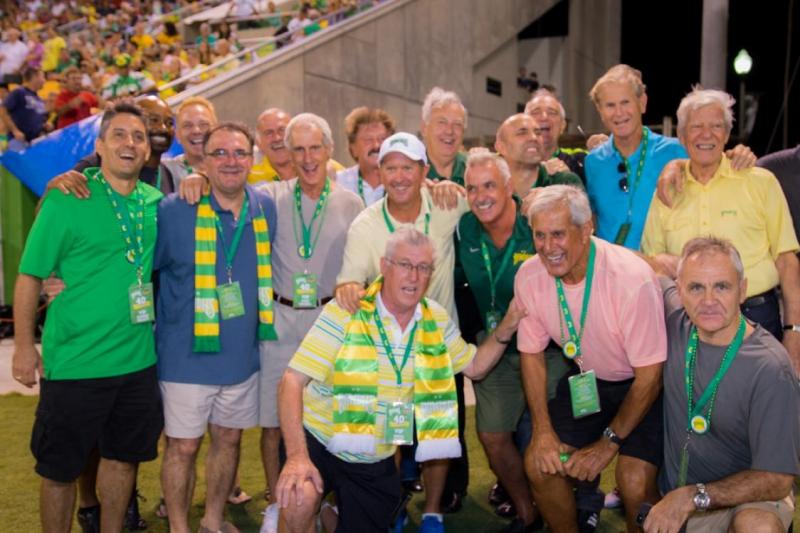 The second half got off to a kicking start as the Rowdies continued to overpower the Cosmos: 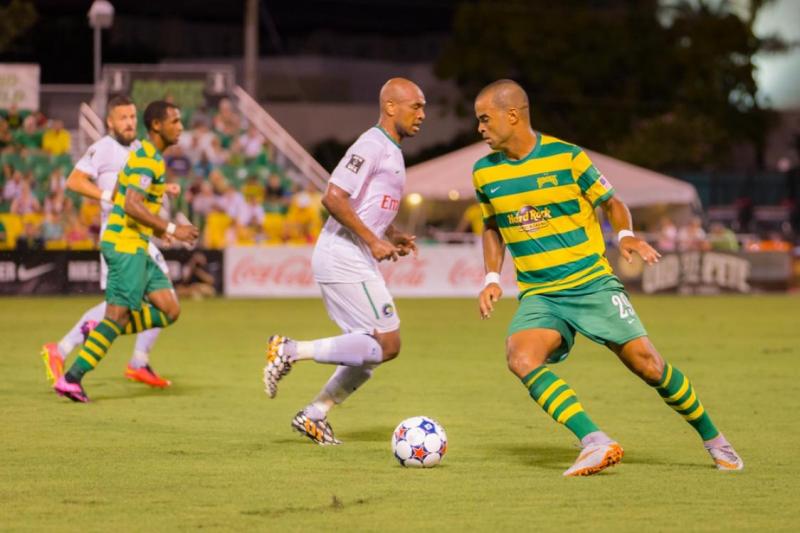 Darwin Espinal scored a goal in the 76th minute, shutting out the Cosmos 2-0 and bringing home the 40 anniversary win!  Rowdies Owner Bill Edwards gave this win two thumbs up! 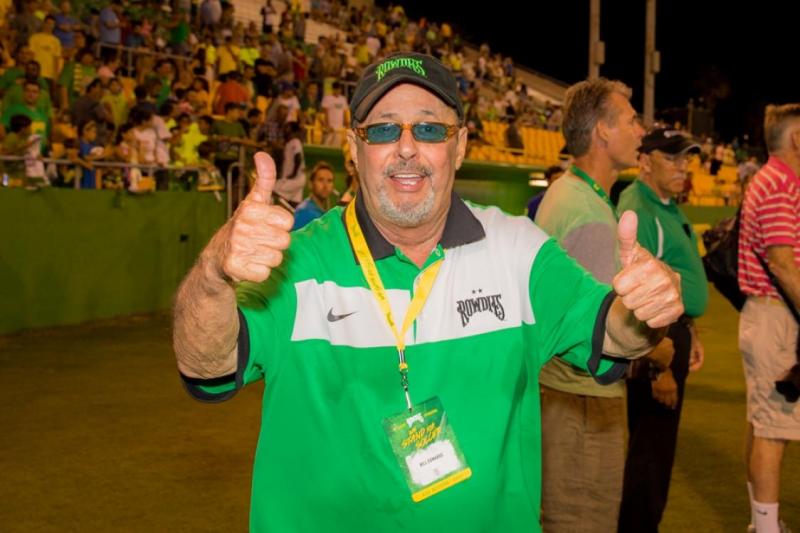 Congrats to the Tampa Bay Rowdies for 40 years of soccer in Tampa Bay and thanks to the Seminole hard Rock Hotel & Casino Tampa for the kickin good time! We wish the Rowdies lots of luck against the San Antonio Scorpions at Al Lang Stadium on September 19th!