Irie vibrations filled the Hard Rock Cafe Tampa on March 15th for the Rock Brothers Brewing Brand Unveiling and the only way IN was to WIN. Hundreds of lucky winners were treated to the unveiling of the collaborative beer, “Rebelution IPA”, and an incredible concert by the wildly popular California roots reggae band Rebelution. Didn’t win your way in? Don’t worry, we’ve got you covered. 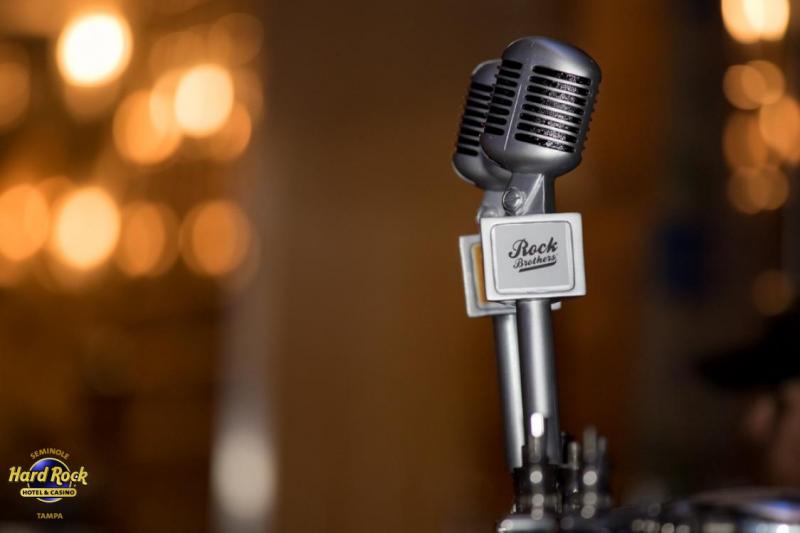 Their latest collaboration is with roots reggae band Rebelution. Known for their explosive live performances, Rebelution has quickly become one of the hottest bands on the live music circuit. Hailing from Santa Barbara, California, band members Eric Rachmany, Rory Carey, Wesley Finley, Marley D Williams and Khris Royal create their own brand of reggae by weaving threads of alternative rock, pop, retro-funk and blues into a unique reggae groove all their own. 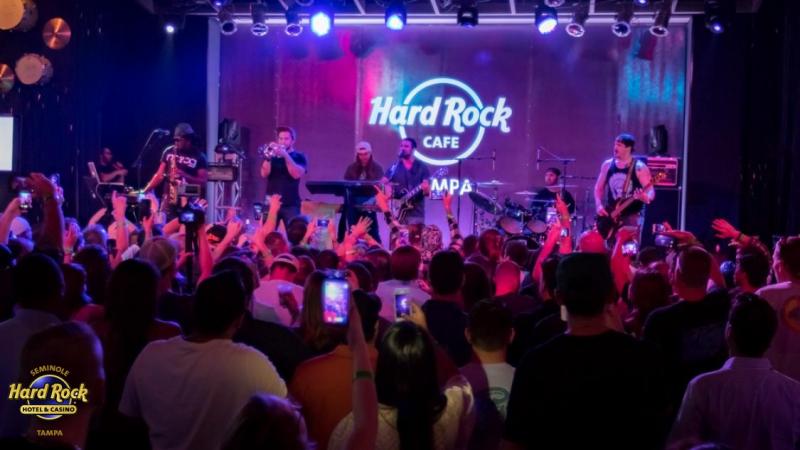 As with all Rock Brothers collaborations, Rebelution was involved every step of the way in the production of the new Rebelution IPA unveiled Tuesday night. Bands don’t just lend their name to the beer, they are an essential part of the creation process as Rock Brothers. “We don’t want to work with them (the band) unless they play an active role. They are a partner in their brand and are a part of it from day one. They help create the recipe, taste test it, name it and assist in the creation of the artwork ” said Lilly. 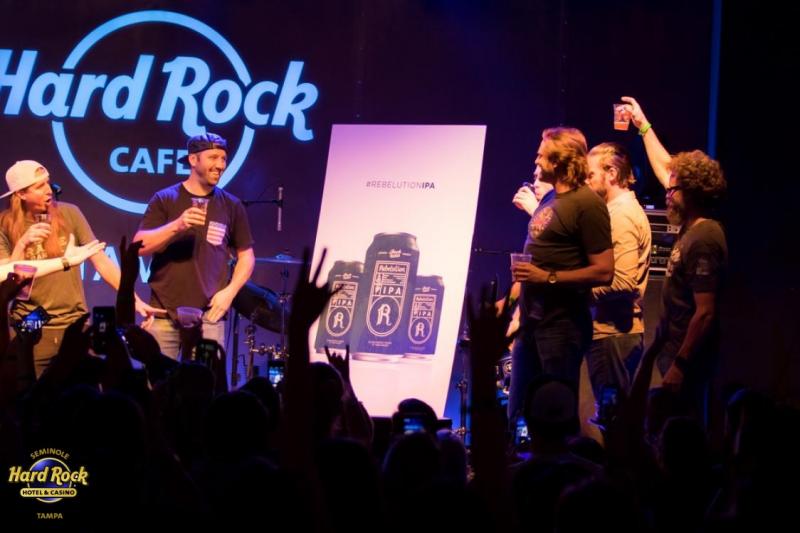 To celebrate the unveiling, Rock Brothers teamed up with the Seminole Hard Rock Hotel & Casino Tampa to host an evening of live music and craft beer in the Hard Rock Cafe. The evening began with an exclusive Meet and Greet with Rebelution, followed by the soulful urban grooves of Atlanta singer songwriter Michael Tolcher.

“I write and perform for the feeling it gives me, and the experience of being connected with a room full of people… to the vibration of music”  -Michael Tolcher

Michael Tolcher, gifted artist in every sense of the word, a writer, singer, musician and performer deftly blends unfailing melodic and organic pop sensibilities with an understanding of soul and urban grooves drawn from his Southern upbringing. 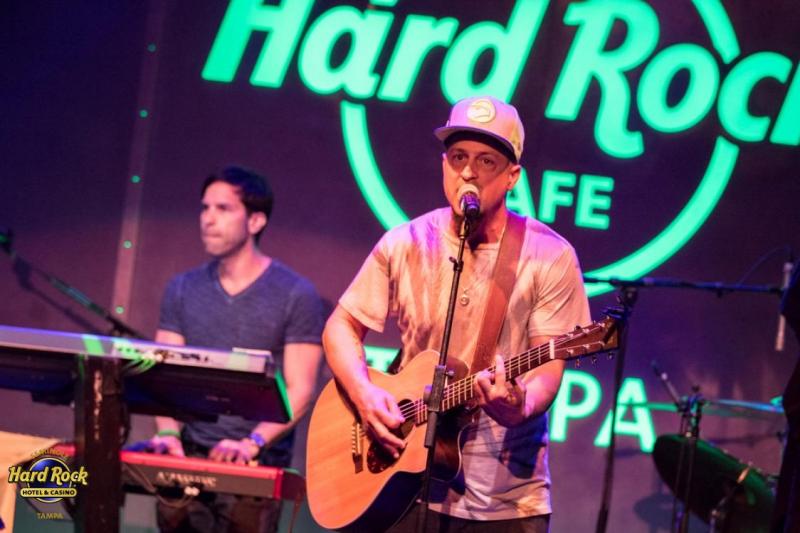 Rebelution, as one of the hottest bands on the live music circuit, did not disappoint! From the moment they took the stage, you could feel the energy and excitement rise within the diverse crowd anxiously awaiting this “win to get in” show. From the pounding rock reggae beat to strobing lights, you FEEL a Rebelution concert as much as you hear it, Rebelution is an experience as much as it is a concert and something not to be missed. 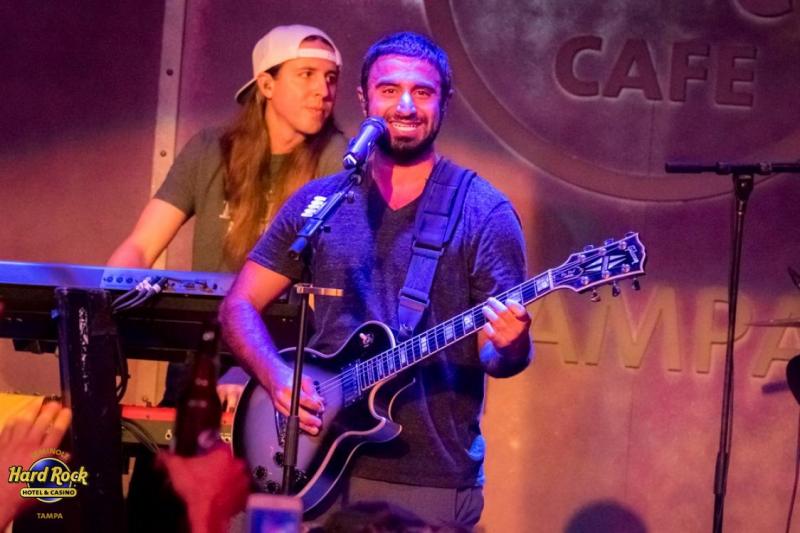 Lucky for us, a young college bass guitar playing baseball player named Marley D. Williams was walking to choir practice one night in Santa Barbara, CA when he heard roots-reggae coming through a door as he passed. Eric Rachmany, a devotee of roots-reggae and dancehall, was behind that door!  The band solidified when Marley heard percussionist/drummer Wesley Finley on a big African drum in a World Music class at the same time he was befriending keyboardist Rory Carey, forming Rebelution and a homemade five-song EP radio hit leading to their first tour. The underground surge of the band’s fan base could be felt by the “standing room only” crowd on Tuesday night!

“Our music is meant to move people physically and mentally at the same time. When people are really dancing and really thinking, that’s a double threat.” ~ Maury

Look for the Rock Brothers Brewing Rebelution IPA to hit stores this summer! Until then, crank up the Rebelution. You’ll be happy you did. 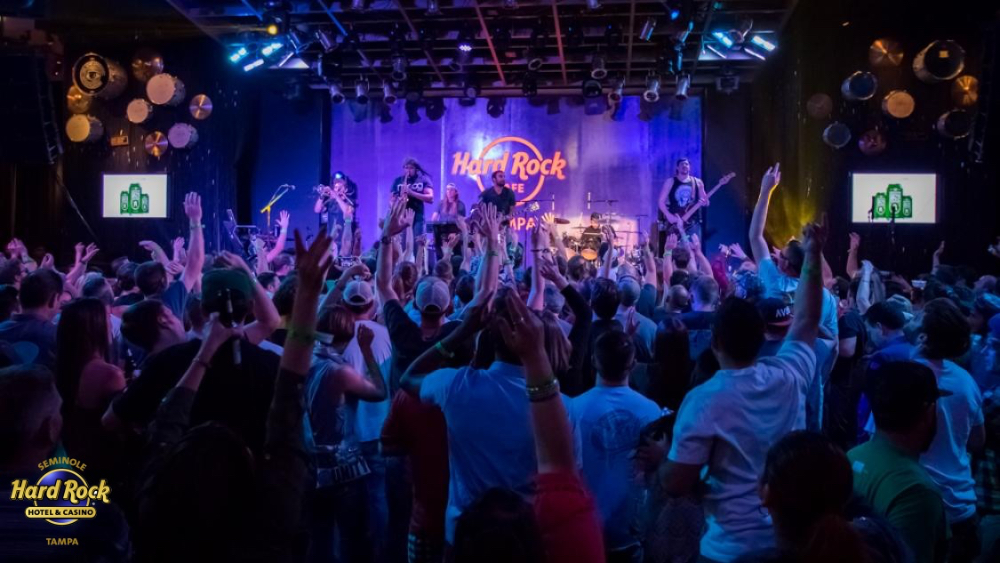