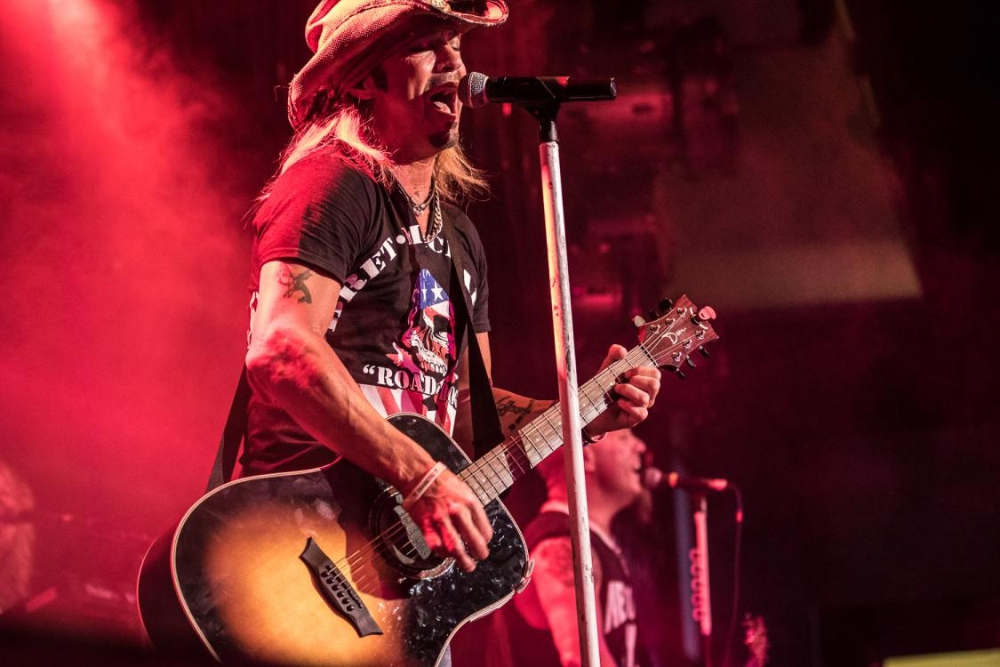 To celebrate the halfway point of the Tampa Bay Acoustic Music Festival, Bret Michaels packed the Hard Rock Cafe Sunday evening for a special up close and personal “all acoustic” show.  Best known as the lead vocalist of the metal band Poison, these days Michaels is mixing it up and putting a country spin on his music with the release of his new album True Grit. 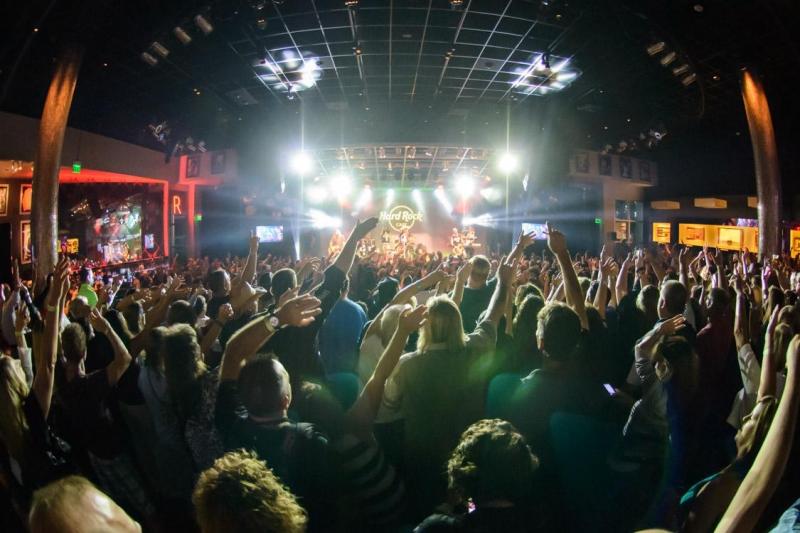 A longtime fan of country music, Michaels “loves to create” and feels his “roots have always been in country”.  He doesn’t see the new album or his fan base as a transition.  Honestly, “I’ve found that most of my fans, like myself, are diverse and like country music as much as I do.  I think at least for myself and my fans, we just want to have a good time and see a good show.”

​And see a good show we did! Michaels shined during his first ever all acoustic show which kicked off with some old school Poison songs including “Look What the Cat Dragged In” and “Talk Dirty To Me”, all with a country twist! 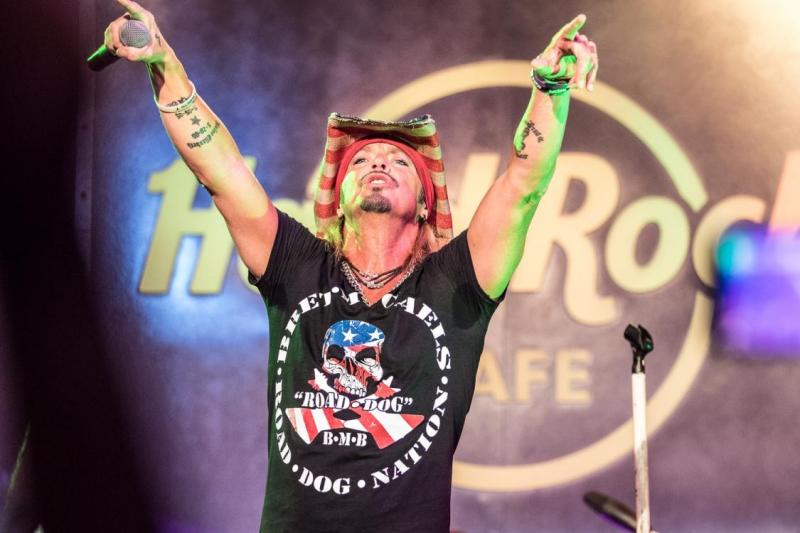 Michaels, a diabetic since the age of 6, covered Lynyrd Skynyrd’s “Sweet Home Alabama”, a song he first learned to play as a youth at diabetic summer camp.  I’m pretty sure they were able to hear the crowd singing all the way up in Alabama!

Next up was “Girls on Bars”, the first single from the True Grit album.  This is a very catchy “summer song” with a decidedly simple proposition: “boys like girls dancing on bars, and girls like boys driving fast cars”.  I didn’t see any girls dancing on the Hard Rock Cafe bar but I’m sure this was not for lack of trying! 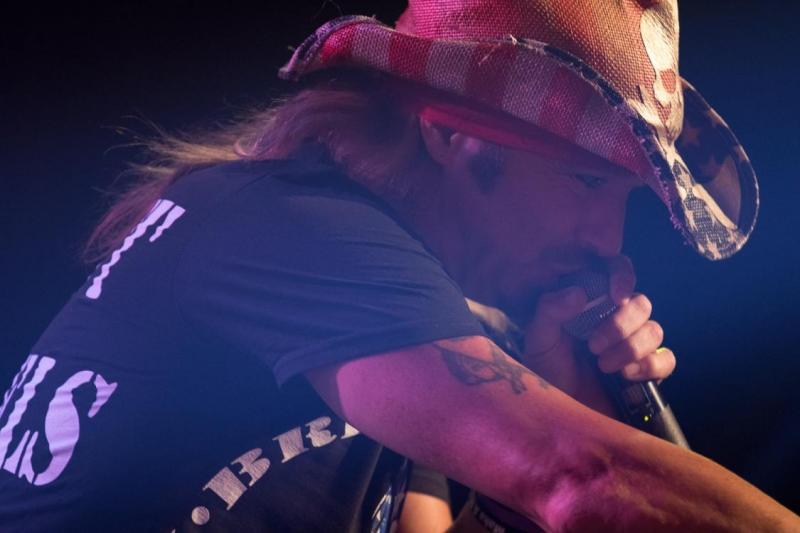 Michaels called out to the veterans to “light it up” for a very moving “Something To Believe In”, followed by Sublime’s “What I Got”.  This song has a special meaning for Michaels because it was the first song he heard after suffering a brain hemorrhage and “coming up on the good side of the dirt”. 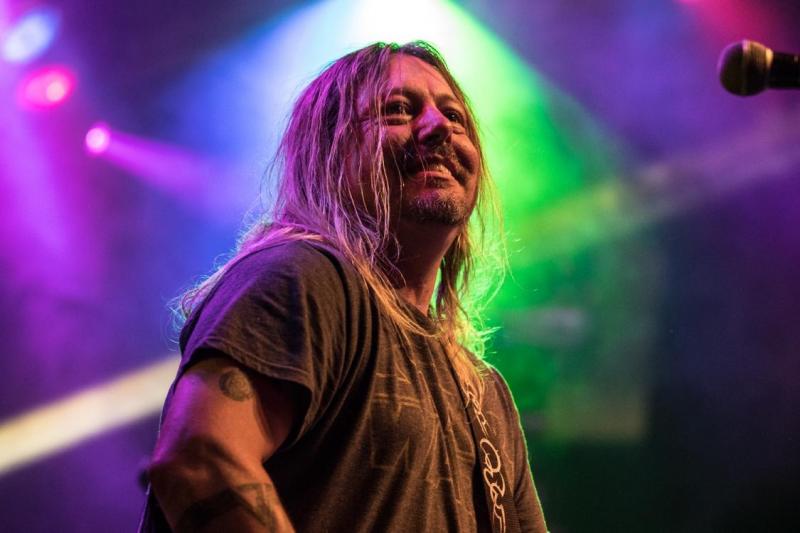 The crowd went wild for favorites “Every Rose Has Its Thorn” and “Fallen Angel” both with Michaels new, rather addicting, country spin.

Sadly this “Nothing But A Damn Good Time” had to come to an end but luckily I had a few minutes to continue my chat with this very accomplished man. 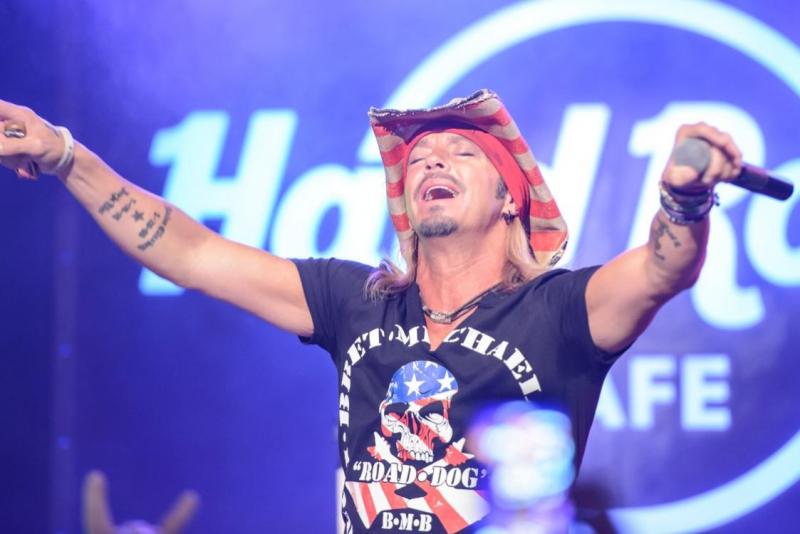 As much as I loved hearing Bret “Talk Dirty To Me”, I’m equally enthralled with his passion and dedication to charity. His Life Rocks Foundation has helped raise tens of millions of dollars for a myriad of charitable causes near and dear to his heart including “diabetics, military in need, abused woman shelters, and animal shelters.”  While Michaels isn’t sure how many diabetic kids he was able to send to camp this summer, the number grows everyday and the band is dedicated to helping families in every time they stop in.  If you have a pet, be sure to check out Pets Rocks, Michaels’ new line of pet products at Petsmart! 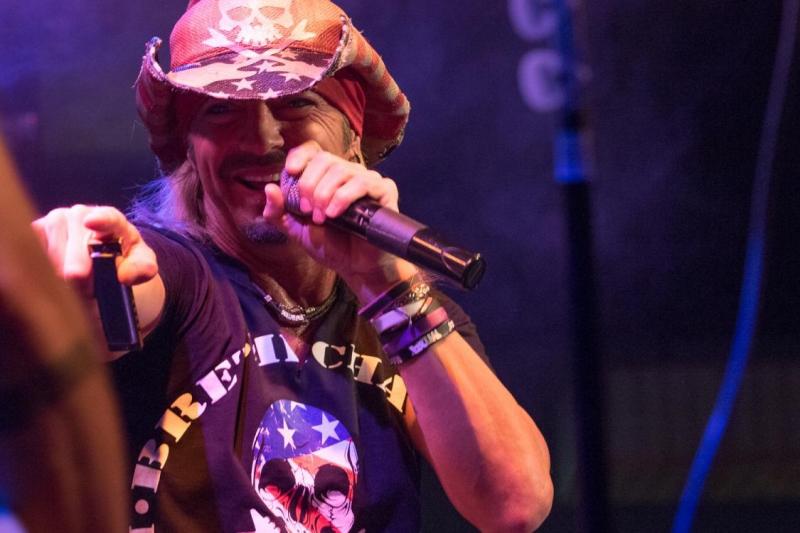 For a little fun, I asked Michaels if he could play with anyone (alive or dead), anywhere, who would it be with and where would it be? Michaels would play with Jon Bonham, the deceased drummer from Led Zepplin because he “loved his playing” at Hershey Stadium “back home” in Pennsylvania so all of his family could be there with him. 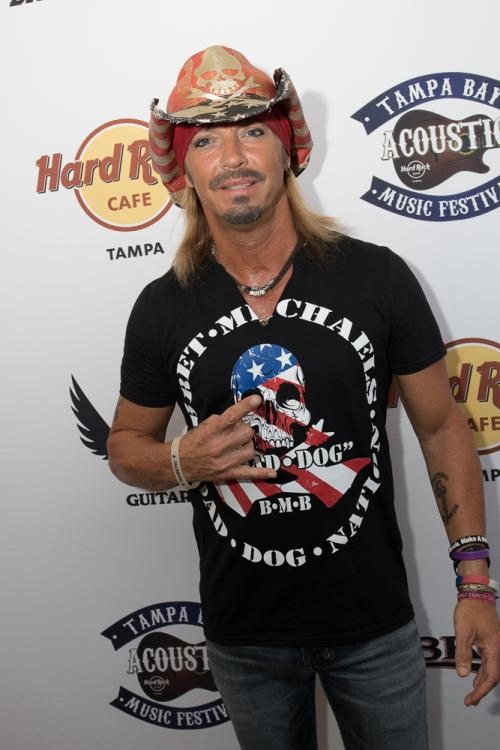 Finally, I asked Michaels what advice he had for the upcoming artists participating in the Tampa Bay Acoustic Music Festival. Michaels responded with his words of wisdom, “My advice no matter who you are and what your doing is always, be passionate, give 110 percent, bet on yourself and never fake it. Be true to yourself and the fans.” Clearly, great advice for anyone!

Many thanks to Bret Michaels and your band for your time and for putting on an awesome acoustic show!

The Tampa Bay Acoustic Music Festival continues throughout the month of June in the Hard Rock Cafe at the Seminole Hard Rock Hotel & Casino Tampa.  Click here for the schedule. Don’t miss your chance to see the best local talent in Tampa Bay! Admission is free!