The first weekend of the Tampa Bay Acoustic Music Festival at the Hard Rock Cafe closed out Sunday with another night of fantastic acoustic music from Natalie Claro, Brian Smalley, The Russell Fama Band, The Katz, and The Flats. Only one weekend into the month long festival and it’s clear, there is a ton of musical talent in Tampa Bay just waiting to be found.

Kicking off the evening was 15 year old Natalie Claro.  Natalie started playing piano with her Grandfather at 6 years old, picked up the guitar at age 9, and also plays violin and ukulele.  She has only been performing for 1 year but you would never know it because Natalie ruled that stage!  Playing a mix of covers and originals on both the guitar and piano, Natalie belted out “Whenever, Wherever” by Shakira and “Billy Jean” by Michael Jackson as well as her own original songs “Stumble”, “Screw You Over”, and “Worth It In The End”. Natalie wants to write songs and play music “forever” and her dream is to play with Beyonce at Madison Square Garden in New York City. From what we saw last night, I have no doubt Natalie will make it there!  See Natalie June 13th at the Hero Fest in Trenton or find her music here. 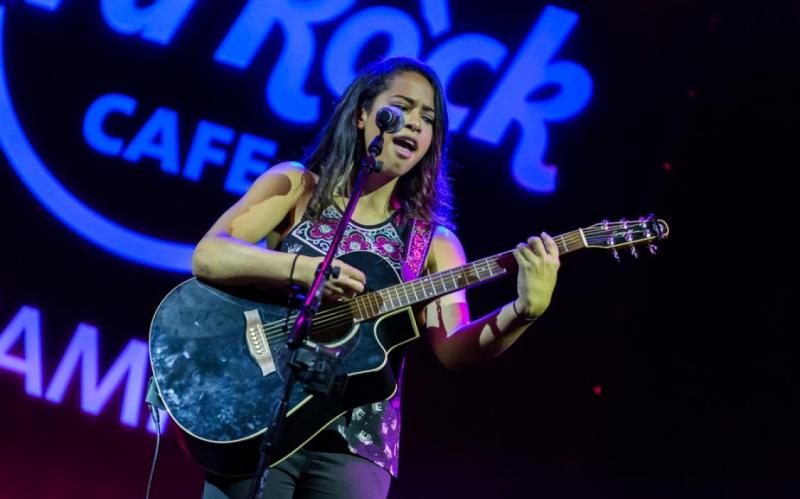 Next up was Brian Smalley.  Brian is one of the most interesting musicians I have met thus far. Brian is a historical fiction writer who tells his stories through song. Brian has had a love affair with music since he started playing guitar at age 9 but his biggest influences are authors, including Tennessee Williams and Ernest Hemingway.  Brian’s acoustic novel, chickens pigs, tells the story of a family pulled apart after the Civil War in Florida.  It won an award for the Best Florida folk CD/Album of 2013 by The Florida Times Union and was even presented on stage! His second acoustic novel, Key, tells the story of a man who was born and raised in Key West and is now homeless because he can’t afford to live there anymore.  Brian’s passion, energy, and emotion flows out of him both on stage and off and the crowd loved his lively set, including original songs including “Lydia” and “The Greasy Palm”. Catch Brian next at The Big Deck & Raw Bar in Cedar Key on June 13th or listen to his music here. 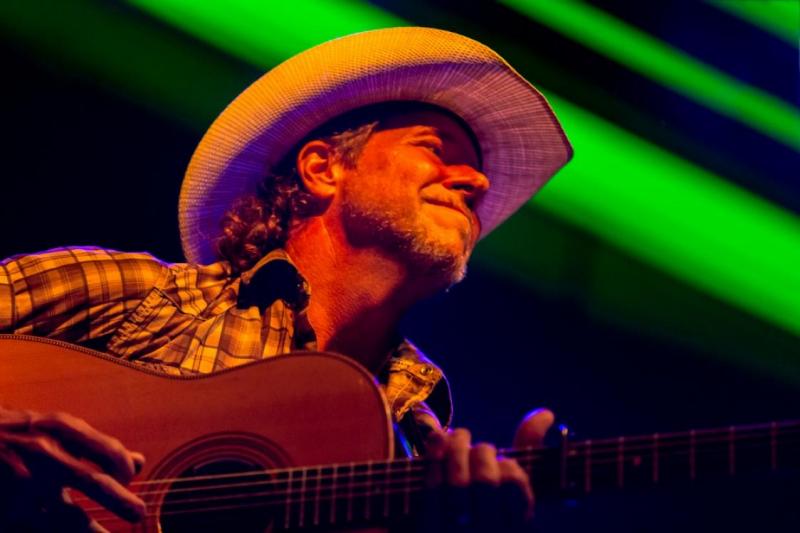 The Russell Fama Band took the stage next, playing a set of all original songs. Frontman Russell Fama is a veteran of the music industry but the Russell Fama Band is a new project and this was the band’s first time playing together.  And play well they did!  They have a unique sound and their lyrics are very personal.  Inspired by Glen Hansard, Landon Pigg, and Pink Floyd, songs included “Once It Began”, “Ghost Chaser” and “Few and Far Between”.  The band is working on a full studio album which they expect to release early next year.  Until then, find them here. 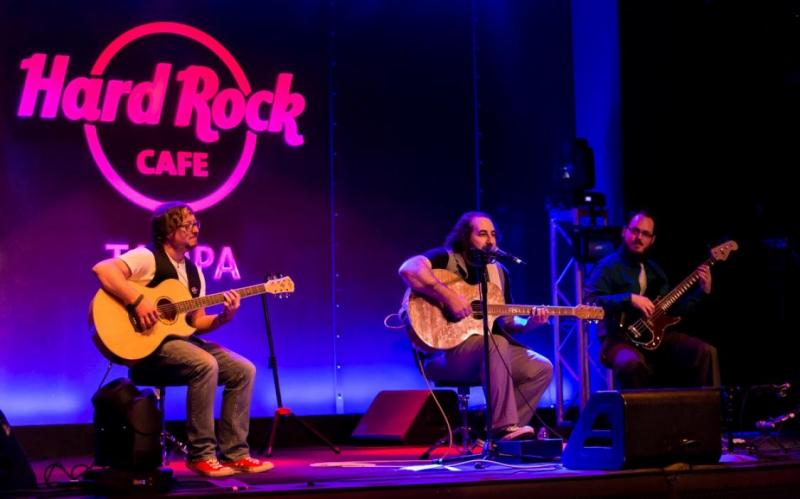 What do you get when you add 3 rock & roll chicks + 1 rock & roll dude + awesome music + fun + a whole lotta heart? The Katz! The Katz have been playing together since the 80’s and play music from the 60’s on up to today.  Lead Kat Linda Castellano taught herself to play guitar at a young age and describes herself as a “true child of the 60’s”.  This band just loves to play and their passion and happiness flows into the crowd. Songs included Marvin Gaye’s “I Heard It Through The Grapevine” and “Tell It Like It Is” by Aaron Neville.  The Katz have a CD, When It Rains Like This, and do substantial charity work for children with AIDS. The Katz play shows at a lot VFW’s, American Legions, and Moose Lodges.  Keep an eye on The Katz here. 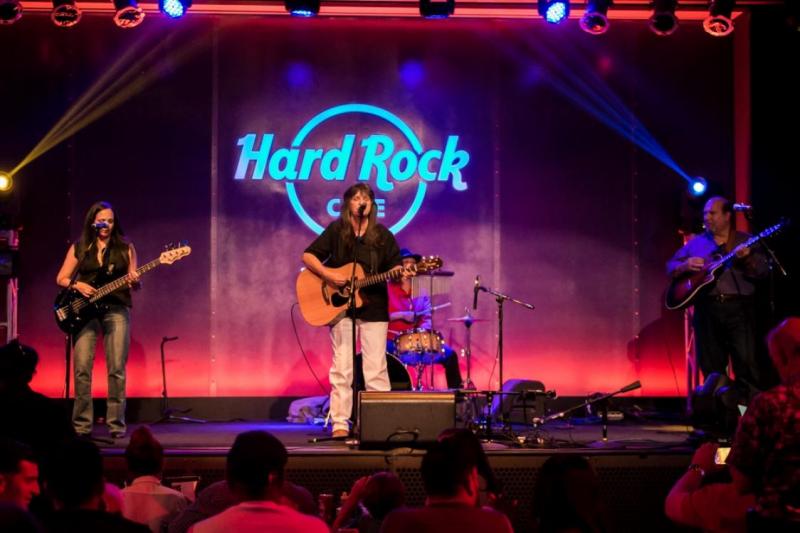 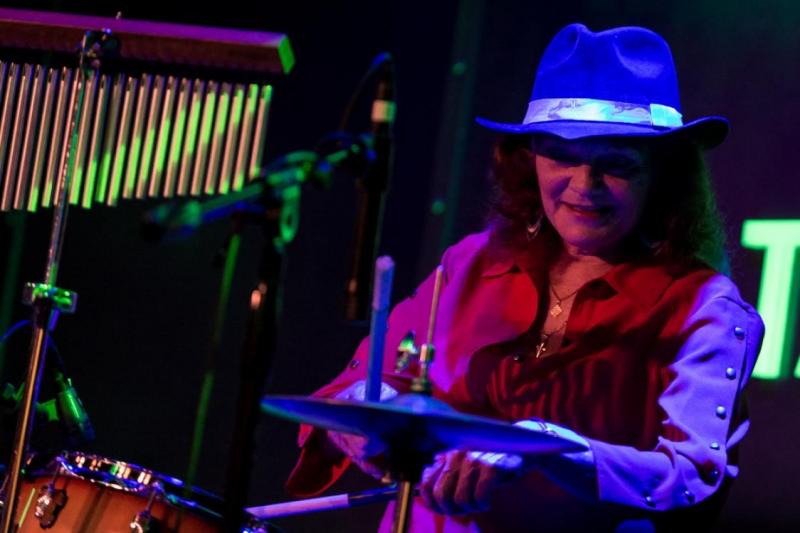 The Flats, also known as The Roberto Debourg Band closed out the evening, redefining acoustic music with their eclectic twist.  Playing songs such as “I Still Haven’t Found What I’m Looking For” by U2 and “In Your Eyes” by Peter Gabriel, they have an intoxicating, worldly acoustic vibe.  They have been playing for 13 years and play shows all over Florida.  Keep up with them here. 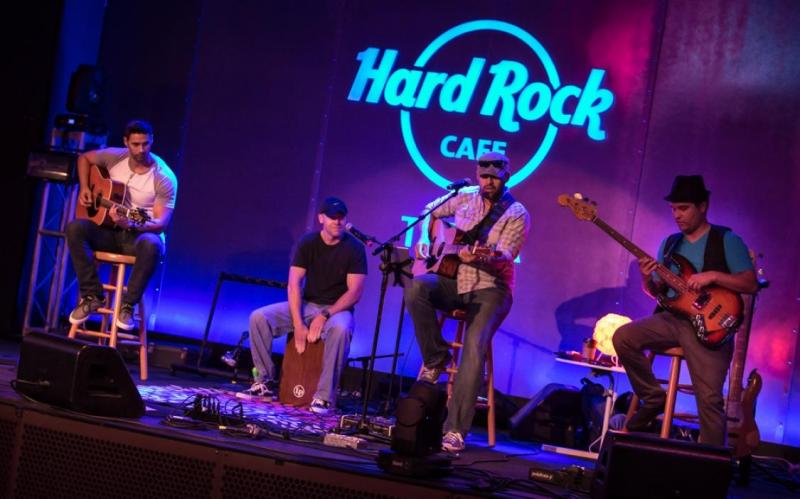 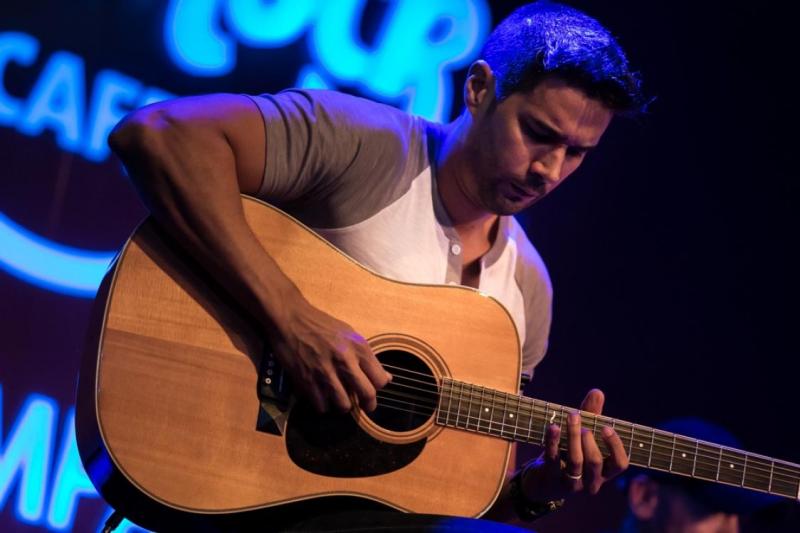 The Tampa Bay Acoustic Music Festival continues throughout the month of June in the Hard Rock Cafe at the Seminole Hard Rock Hotel & Casino Tampa.  Click here for the schedule. Don’t miss your chance to see the best local talent in Tampa Bay! Admission is free!