This week’s featured singer, 16 year old Seminole High School student Angela Rodriguez, is no stranger to the spotlight. Last year she competed in the acclaimed television show American Idol, at age 13 she competed in La Voz Kids, Telemundo’s version of The Voice, and recently she was a contestant in the Wild 94.1 Tampa Bay Talent Search. Although Angela was cut from American Idol shortly after making it to Hollywood, she feels “beyond blessed” for the opportunity and her singing career continues to flourish in the Tampa Bay area and beyond. 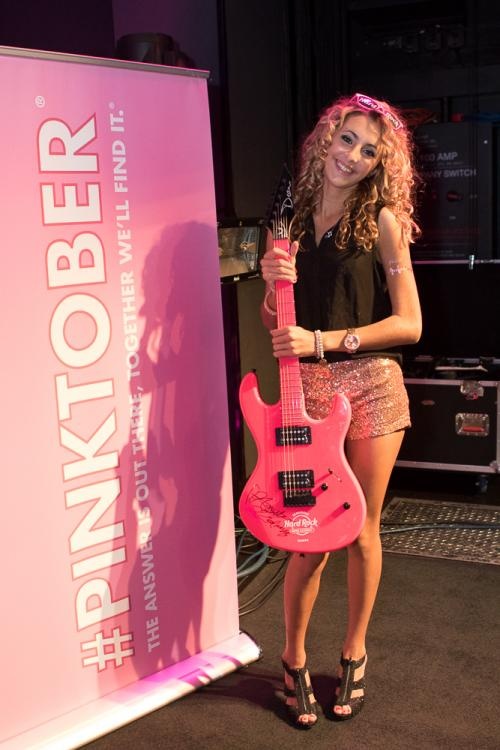 Angela was especially excited to participate in the PINKTOBER® Concert Series and raise money for Making Strides because her Grandfather is a cancer survivor. “My Grandfather had cancer before I was born, he went through chemotherapy and luckily survived, I would have never gotten to meet him” said Angela.  This is why it’s “very important to me to support causes and share your gift”. 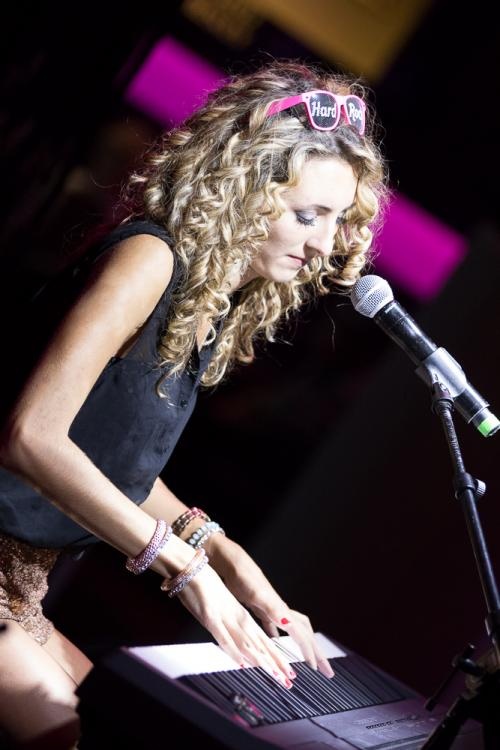 Share her gift she did! Angela dazzled the “Pinktacular” crowd, including her Grandfather, with a varied mix of cover songs including “House of the Rising Sun” by The Animals, “Free Falling” by Tom Petty, “Every Rose Has Its Thorn” by Poison, “Fifteen” by Taylor Swift and “Dear Future Husband” by Meghan Trainor.  Angela has been singing since age 8 but only recently picked up the piano and guitar. In fact, Friday was the first time she played guitar for an audience!  We would have never known as she rocked that PINKTOBER® stage. 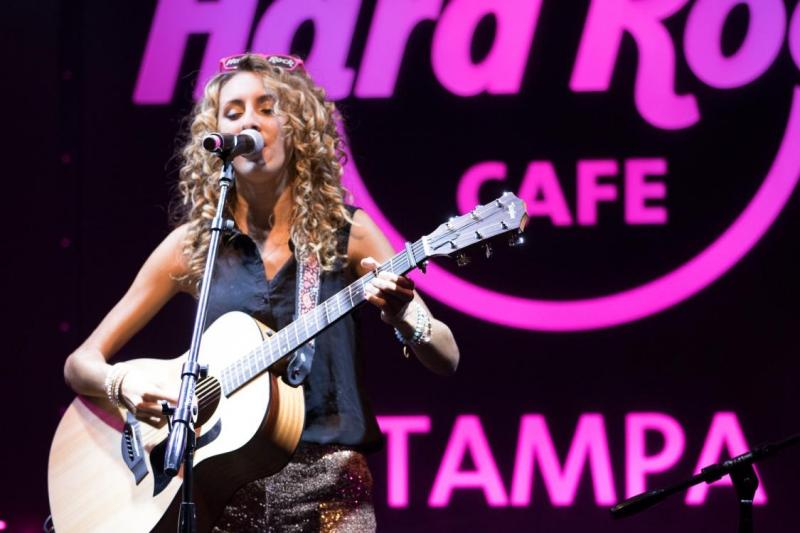 Angela completed the concert by autographing this stunning PINK electric guitar for auction, making one lucky fan very happy and raising $300 that will directly benefit the Making Strides Foundation. 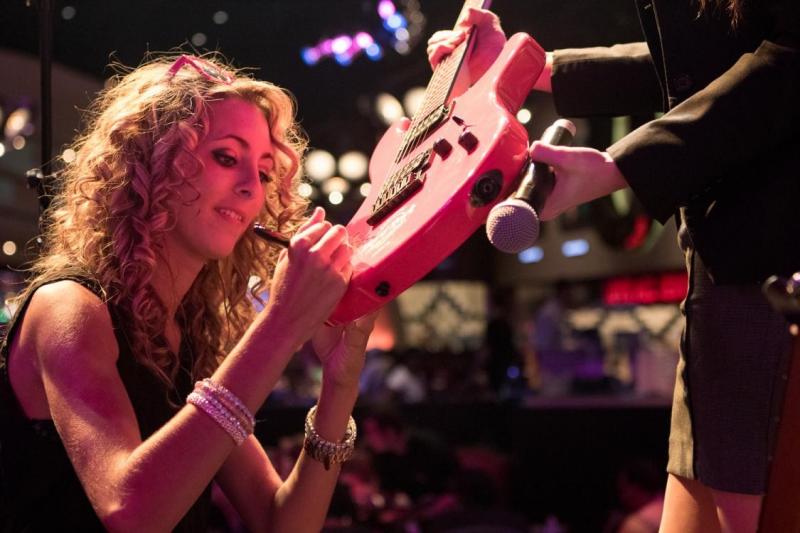 After the concert, I had a few minutes to sit down with Angela to learn a little more about her, her music and what drives this young star.  As a teenager, music is especially important to Angela because of its’ ability to change peoples lives. “Music understands us, the words know exactly how we feel”.  There is “nothing is more relieving than hearing music and feeling like someone understands you, that’s what I hope to be now and in my future career, I want to have a one on one connection and change peoples’ lives” said Angela. 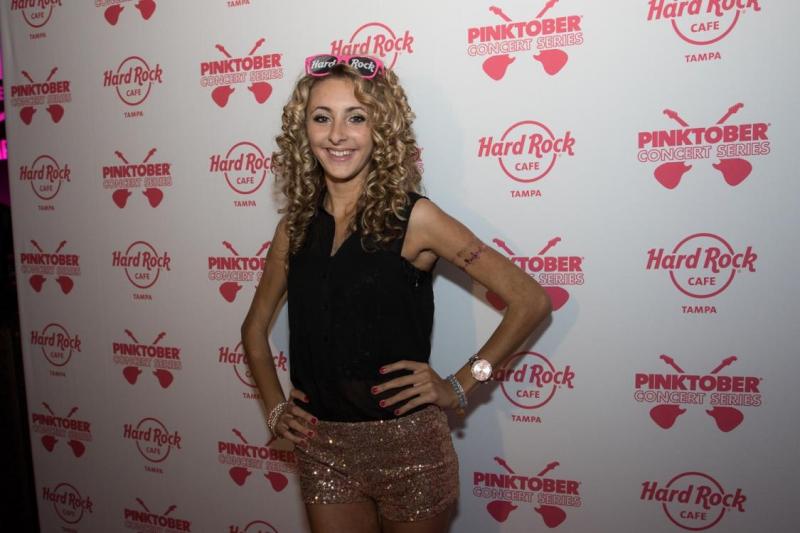 This principle helped guide Angela through her experience on American Idol. Although she was cut right before the Top 50, she is proud to be the youngest female to make it to Hollywood Week that season. Her favorite memory from the show? Right before the contestants went on stage, everyone would gather together and practice their different genres of music in one room.  Angela realized how powerful it was to be “surrounded by people who love the same thing I do and have the same passion, it was an honor to meet and have the ability to work with all of them”. 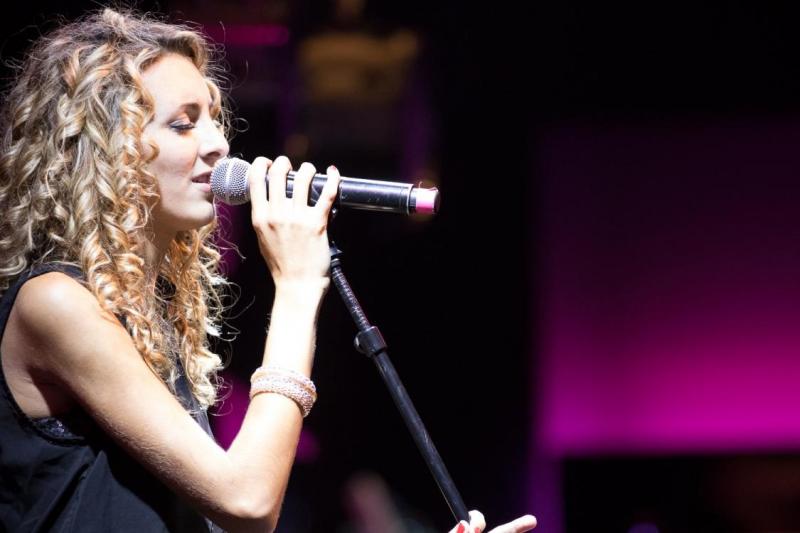 Although Angela struggled after being cut from the show, “when you’re 15 and someone tells you you’re not good enough, that hurts really bad”, she has learned to appreciate the experience and is using everything she learned to further her singing career.  “I learned to play piano, perform on stage and I met some really awesome people, this is what I want to take away from the experience, said Angela.

Angela has now settled back in school, carries a 4.2 GPA and has some incredible opportunities on the horizon. Although I’m not able to reveal what’s coming, let’s just say Angela Rodriguez is one Tampa Bay area teen to watch!